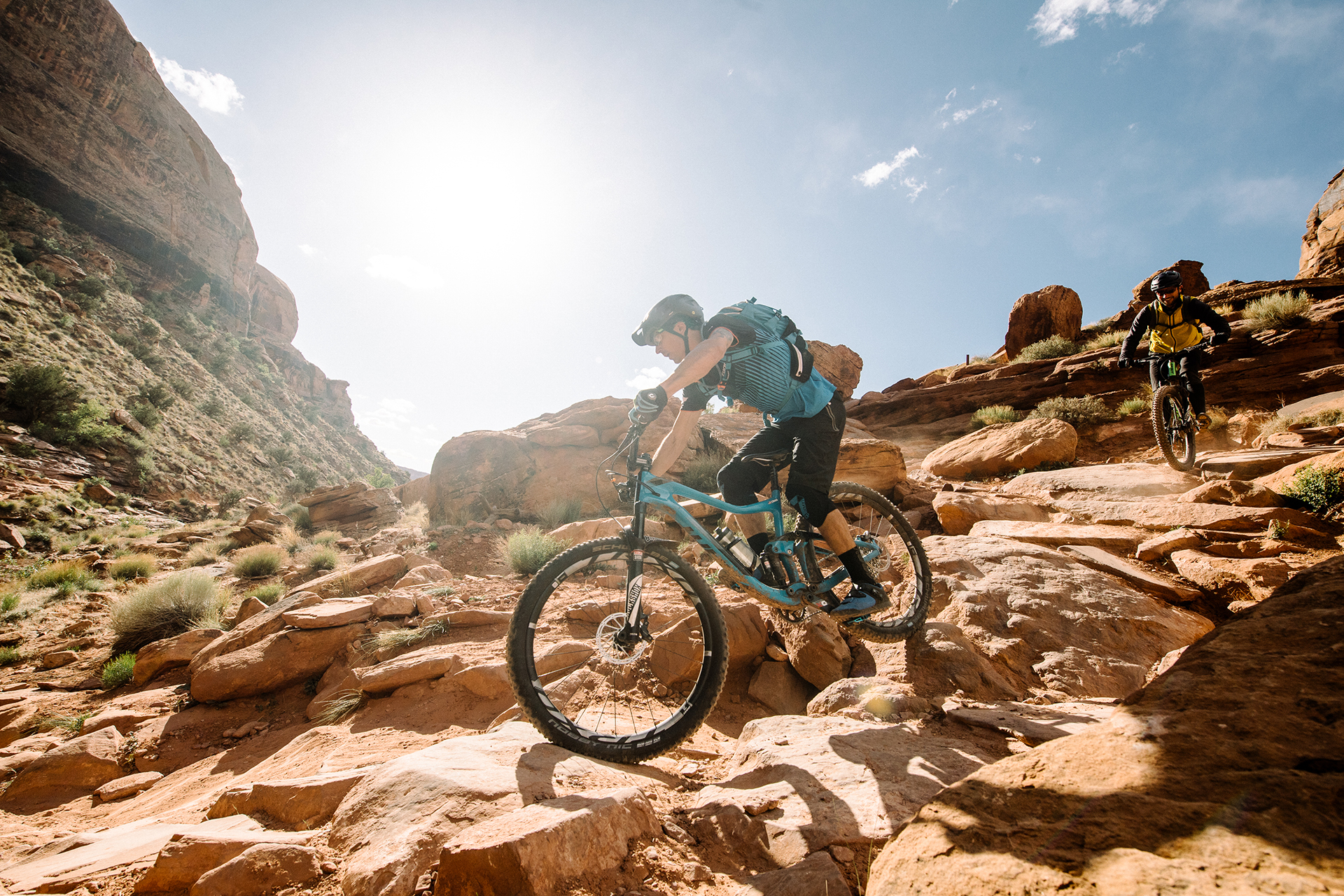 Track across the whole island

In the early eighties Lanzarote was mainly an island of farmers and fisherman. Most of the roads were dirt tracks. Tourism  altered the face of Lanzarote but behind the new touristic facade lay many great dirt tracks to ride.

Much of the island is never seen by visitors. Mountain biking opens up this difficult to get to parts. There are many types of terrain to traverse. Good climbs and descents through valleys and mountains. Technical routes through long dry riverbeds, rocky sections, sand and black volcanic gravel.

Pick a track, most will lead you where you want to go. Exploring and finding a way through is a rewarding way to get around. There are routes to suit whatever type of terrain you prefer. Tracks were the communications network of the island so most of them take you somewhere interesting. Using google maps and GPS programs on smart phones lets you set up routes and goals for the next day.

What sort of Mountain bike to use

The debate about what sort of bike to use is ongoing. The larger twenty nine inch wheels work well over the many small rocks you find in Lanzarote. They are also great is soft terrain like sand and volcanic gravel.  Twenty seven point five inch wheels go well and give added agility, great for fast technical descents. Everyone has front suspension with a many riders going for hard tails. Full suspension bikes with lock out work great for fast descents.

Riding conditions are dry so bring plenty of water. Dehydration comes much faster than you will be accustomed to riding in cooler locations. Terrains vary but with no mud, except for a few times in Winter. Most of your journeys will be on hard backed dirt. Going is pretty good with bumps from embedded rocks. Days can be long hot and dry. Sun tan lotion is very important.

These are a few general routes. There are thousands of variations. Great coast tracks. Inland, ups, downs and more. Some of the best days are with just a general plan then follow your nose and have an adventure. You always seem to end up where you want to be in the end.

South West of the Island

From Playa Quemada around the coast to the Papagayo beaches and on to Playa Blanca is the area known as Los Ajaches.  This is a deserted area with loads of climbs and descents. There are several routes varying from 4 x 4 car trails to single track walker routes. The going can get technical. En route there are several deserted beaches. Its a great fun area but make sure to take plenty of water. 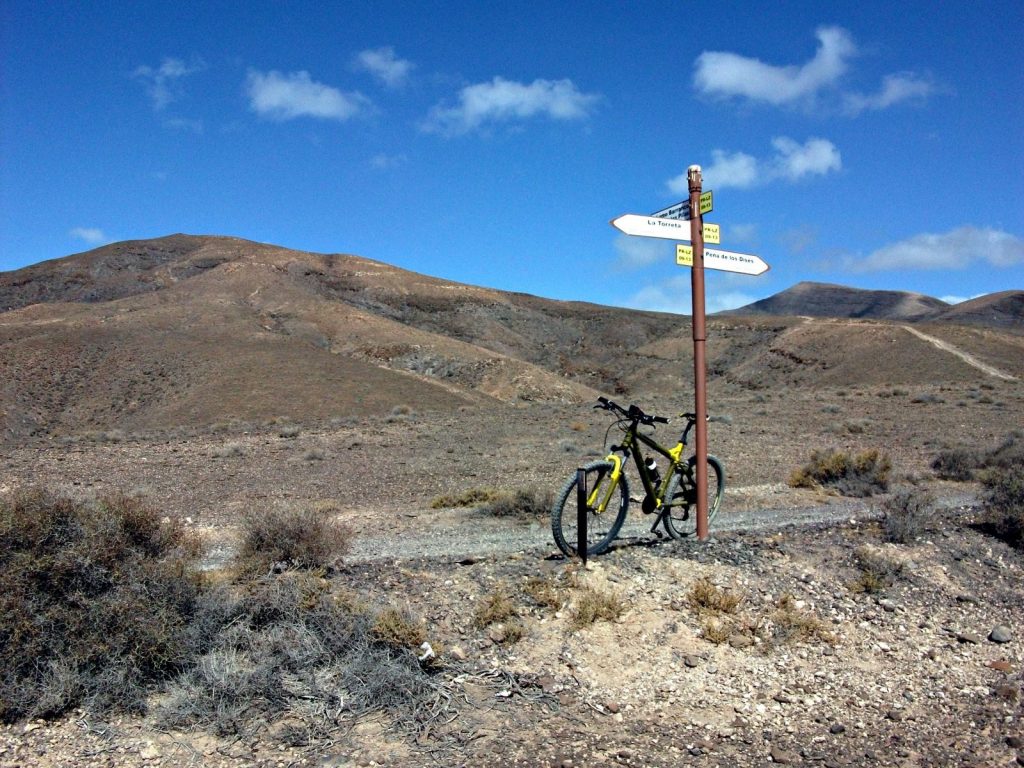 Around the Teguise area there is a good route along the top of the cliffs heading North West. There are amazing views down to Famara beach.

You can also head South East from Teguise, over to the castle and down in the direction of Costa Teguise. Follow your nose through this area and navigate you way down to the coast then North along the Coast to Mala. Follow the track up past the dam. Keep going up to the island highest point and the military radar station. Then head back to Teguise. 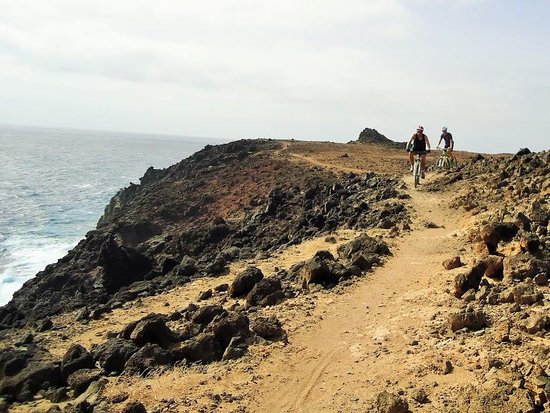 Starting at the radars overlooking Famara beach there is a track along the cliff edge. Careful its a loooong way down. After the picnic area head inland and down the Haria Switch backs. On a lower right hand bend go straight on along a track. Follow this round and there is a steep track going up. You may need to walk this bit, certainly higher up. Once at the top you can carry along to the small town of Guinate. Again follow your nose to Orzola. From Ozola its coast road around the North Eastern tip of Lanzarote. Once at Punta Mujeres you can follow tracks back up to Maquez, Haria then back up the switch back to your start point. 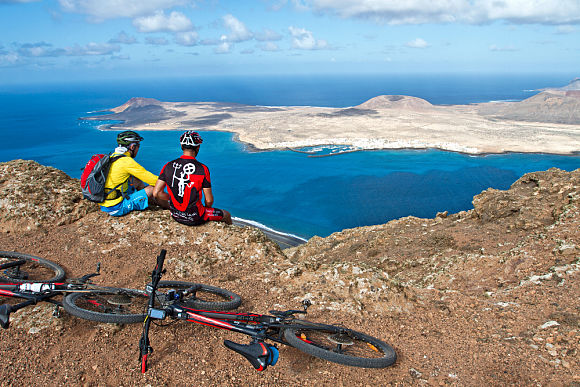