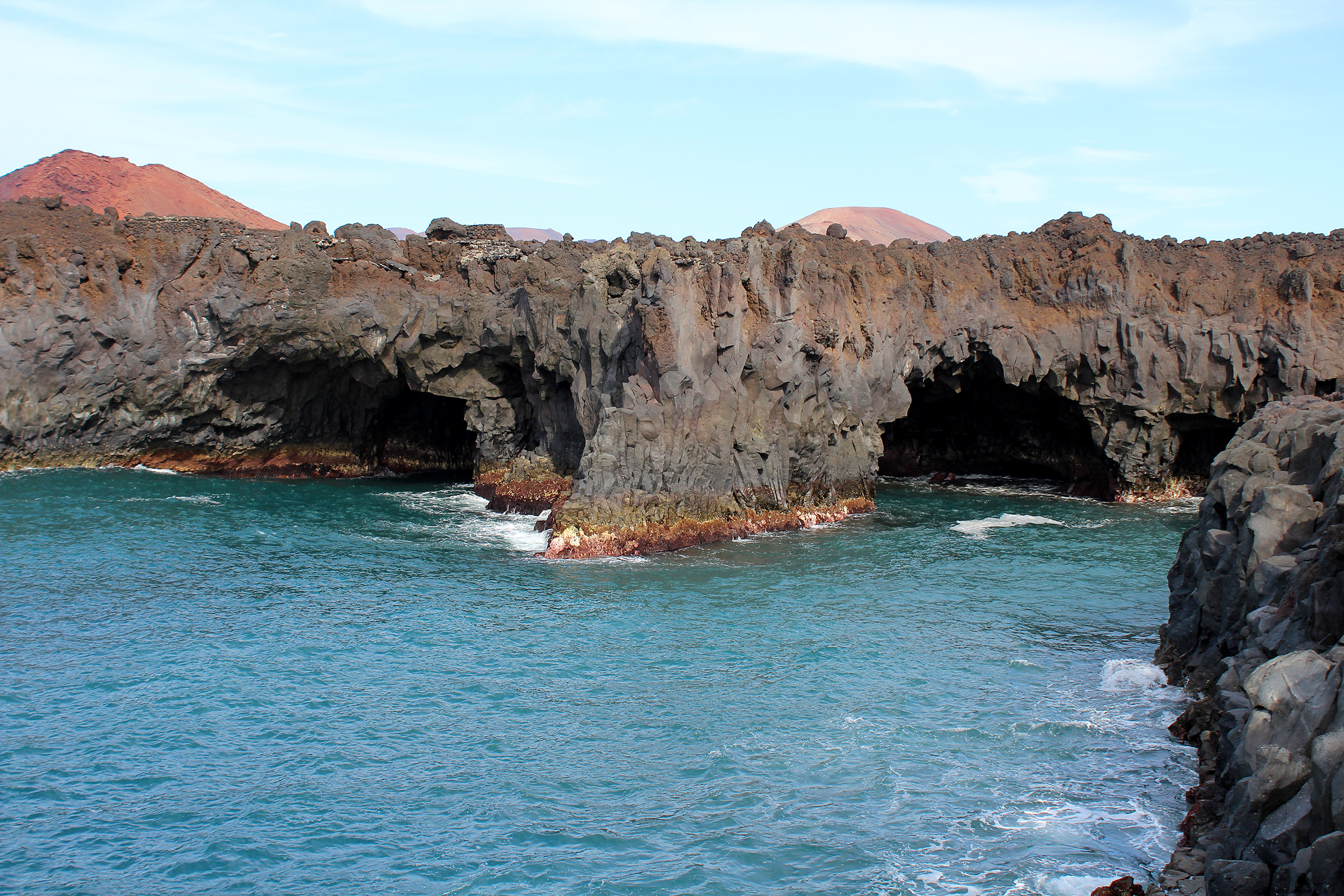 Paths meandering close to the crashing and splashing waves

On the rugged West coast of Lanzarote is the site of a Lava flow that entered the sea. The moving Lava mixed with huge ocean swells formed caves and cliffs that redirect the powerful waves splashing upwards.

Imagine where the moon would meet the sea, that is this stretch of coastline. Explore North and South to find other places. Stay aware of the ocean as very large waves can come sweeping in, especially in Winter.

Amongst the small cliffs and caves are small meandering paths you can explore and get closer to all the action.

There is plenty of parking and all is free.

Winter has the biggest waves and most action.