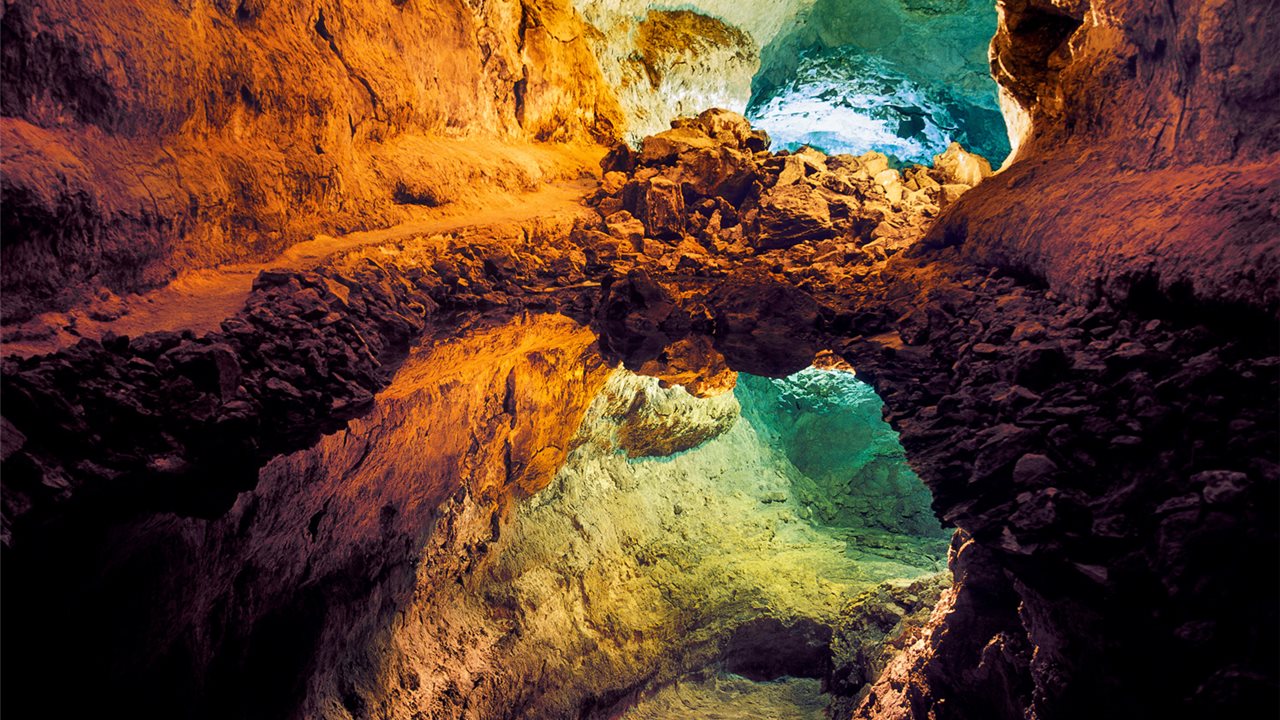 A long lava flow from Monte Corona 3,000 years ago created the caves. The full cave system stretches some six kilometres above sea level and 1.5 kilometres below sea level. Two kilometres were developed into a tourist experience in the 1960’s.

Where lava tubes have a roof collapse its known as a Jameos. In the full length of the caves there are over 20 jameos’. The entrance to the Cueva de los Verdes is a Jameos.

After entering the cave system and paying your entry fee a guide takes groups around. This is one of the better places to visit in Lanzarote with some great surprises.

There is also a concert hall with seating for 500 people.

Many years ago the caves were utilised by Lanzarote residents to hide from pirates looking for slaves.